…it’s not the size of the dog in the fight…

Throughout our journey as sentient human beings there is a want for inclusion, a calmness derived from being one of many same mindsets. I’m sure there are highly degreed individuals out there that can unfold and elucidate further, but my point going forward is this…in purchasing DR technology that interfaces with living beings, gather as much information available resulting in full value for every encounter. Your decision should not be based on emotional support from “the norm”, as that “norm” has morphed.

Cause and Effect. Do not let the Laws of Parsimony muddy your process of discovery and acquisition, ESPECIALLY in the marketplace you’re transacting has flattened and expanded as where DR flat panel detector appears to have shifted.

I had a healthy discussion with an industry OEM pathfinder, a person some are privileged to know. Sort of a digital radiography marketplace savant, though he will want this edited out. Homage Rob. 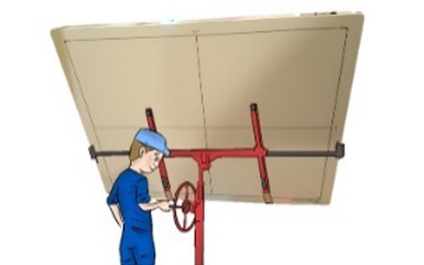 OK, so in my discussions with Rob Scorcia, Vice President of Business Development at Aspenstate Inc., we dove right into the DR FPD market. For those unfamiliar with Rob, he started in the radiography business in the component segment in CR/DR sales and service then proactively earned his way to entrepreneur and DR frontiersman.

Anyway, back to digital radiography panels; the market, the players, the technology, the pricing, the future. Around 2005 or so a few players drove the standard 14x17 digital radiography transformation. Canon seemed to rule the roost with Varian, Konica, Trixell, Eastman Kodak (Carestream), IDC, and Shimadzu plotting to take the lead with new technology, before the rest of South Korea and the world woke up. Canon had its first 1000 CXDI-50G installed after three years in the DR business. Back in the day it truly was a “what the market will bear” pricing structure and many profited handily and good for them I say. It was a consulted value judgement to invest mid $five figures$ into technology that could easily be broken or mishandled or lost or…sorry, enough self-serving banter. The grounds were set for old computed radiography technology to meld with new digital technology and the players were defined and poised.

Symmetry ruled the land and choices were few but known.

Rob is well versed in the land of Digital Radiography and had some cautionary and wise words. “The physical quality of the panels has leveled, so we don’t see as much of a difference between (what we would classify as) mid-tier and high-tier manufacturers. We’ve evaluated some panel companies and they’re offering asymmetrical return; their quality is top-notch, but they’re priced well below some of the larger, more well-known brands” states Rob. I asked about some of the differentiators all these new FPD OEMs are boasting, like IP levels and ergonomics, various dimensions, casing materials, ruggedness or lightness, DICOM speeds and volume, a liturgy of better, best, bestest. 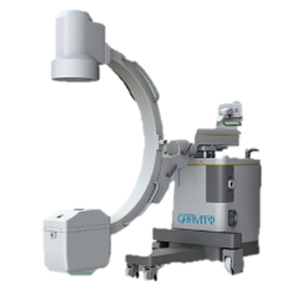 In reality, decades later manufacturing process improvements have created an efficient mature model welcoming all comers to an audience flush with finances. As in any economic model that has a healthy demand with over-inventoried supply, someone’s gonna get bought or broke. “In the next couple of years, we predict to see some consolidation in the low-end of the market.” projects Rob, “Digital Radiography & Fluoroscopy (DRF) is quite different, as there is a higher technical bar of entry; there are much fewer flat panel OEMs here, but they do a really great job. The new DRF panels we’ve evaluated for our C-Arm are a generational change better, and less expensive than the previous. I really think that the era of dynamic imaging is being born now, as the new IGZO quality is fantastic, and the pricing is at a market-acceptable level, where we’re going to see more R&F incorporated into traditional Rad rooms… You could say that the politics and economy of medicine are changing, so to allow for growth in this market segment”. 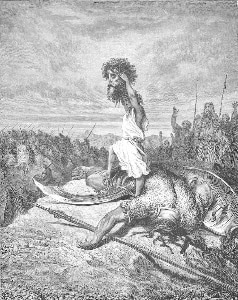 The Goliaths of the digital radiography throwback world are being challenged by the dilettante technowizards for supremacy in flat panel detectors. The DRTechs and Vieworks, the iRays and Rayence (to name a few) of the industry are taking their slice of the pie expecting zero benevolence from the throng of FPD newbies or primordial frontrunners. Kinda contra to the biblical story, since the Philistine giant was sent to challenge any worthy Israel warrior, ultimately David. The narrative has grown to epitomize the underdog, overtaking huge obstacles to victory. If you REALLY read the chronicle you would expect David to vanquish Goliath. Think about it. Set in juxtaposition one huge individual laden with armor standing on uneven ground, wielding humongous weaponry, and most likely as quick as a sloth, against a healthy young man, skilled marksman, and royal armor-bearer. After refusing King Saul’s offer of armor so not to slow his dexterity, this nimble, quick, strong driven individual delivered a single fatal shot to the exact area he aimed.

In business as in life, much can be said about size and agility, quick reflexes and a drive for success. Eradicating obstacles of achievement is a practice, a skill learned and honed by many of us. So it is at Aspenstate. The employee owned innovative company is piloted by medical imaging individuals driven by holistic success, not only for Aspenstate stakeholders, but for the medical imaging market, caregivers, and patients. I have seen their impressive products but that is just the result of dedication, intelligence, collaboration, and planning every process. Across the globe with offices in USA, Canada, Mexico, and South Korea.